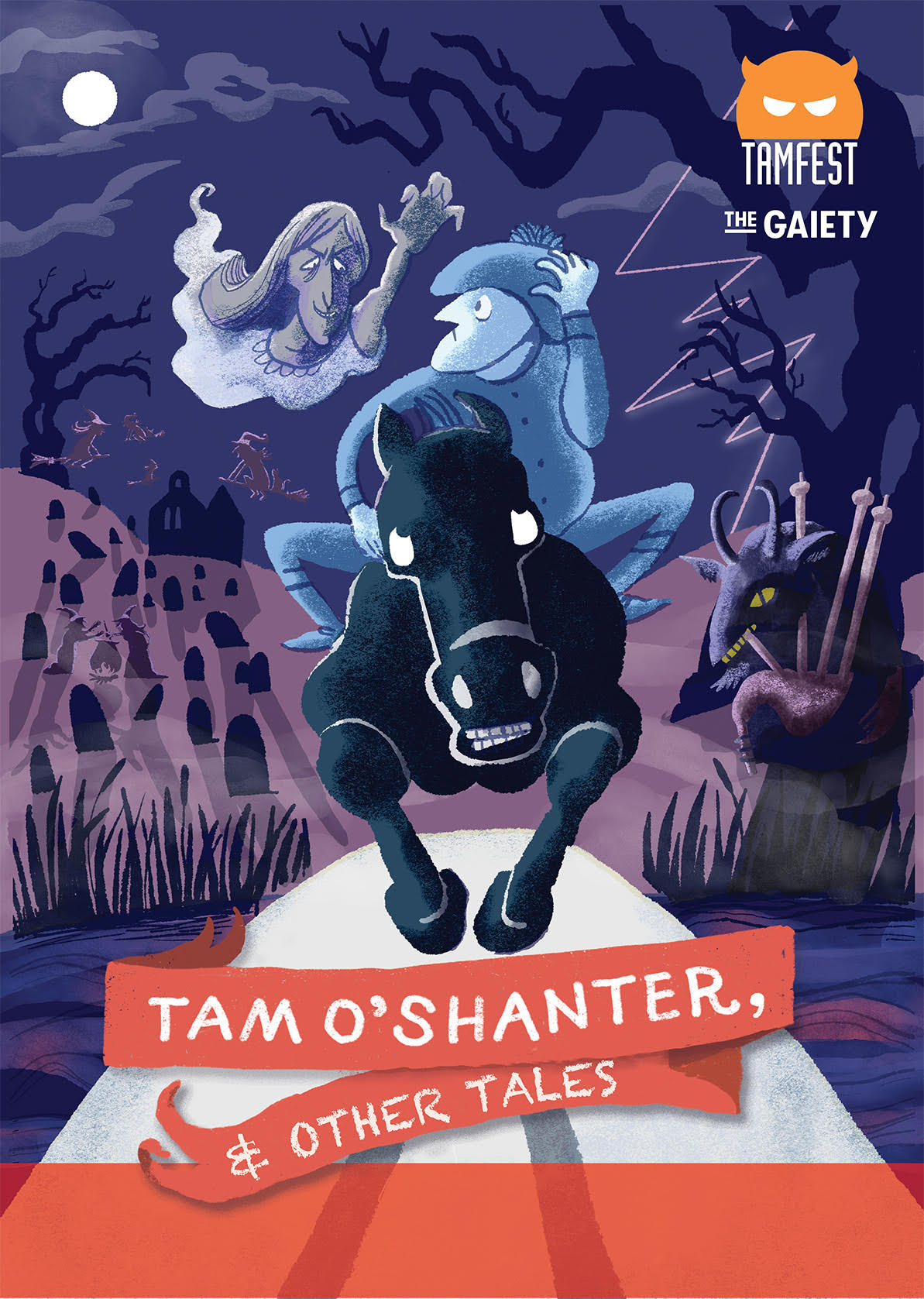 ⭐⭐⭐⭐ ‘Song and sonnet together ‘Tam O’ Shanter, Tales & Whisky’ is unfiltered storytelling with adoration, respect and reverence for the language which gave the world its most famous poet.’  Corr Blimey

HIGHLY RECOMMENDED SHOW ‘If you have never heard Burns spoken aloud, by performers who clearly have a connection with him and his work, then look no further than this charming, gothic, spooky evening.’ Fringe Review

‘I especially liked Denovan’s Witch of Fife. It was wonderfully entertaining, and prepared us for Herbert’s piece de resistance, a graphic retelling of Burns’ most famous Gothic tale, Tam O’Shanter.’ UK Theatre Network

‘Tam O’ Shanter, Tales & Whisky’ is a comic celebration of the ‘Gothic’ poems of Robert Burns. Aye. You’ll see Stolen Elephant Theatre perform ‘Tam O’ Shanter’, ‘Death and Dr Hornbook’ and ‘Address to the Deil’. Expect to encounter Witches and Death. And the De’il himself!

‘Tam O’ Shanter’ is the undoubted masterpiece of Scotland’s National Poet. It tells the tale of a drunken farmer, hoofing it home through the wilds on a stormy evening. Not exactly a bright idea with Witches being on the loose.‘ Death and Dr Hornbook’ tells of an unexpected run-in with Death out on a barren moor. Rather worryingly, Death is carrying an awful scythe. Whilst ‘Address to the De’il’ is an out and out rant at the De’il himself . . .

So come join Stolen Elephant Theatre for an evening of the supernatural. Not least, as we’ll also be telling comic versions of the Scottish folk tales ‘The Witch of Fife’ and ‘The Haunted Ships’. AND Duggi Caird from The Court of Equity will be performing several Burns’ songs. Expect to laugh and hoot, and for the odd shiver to go a running down your spine! 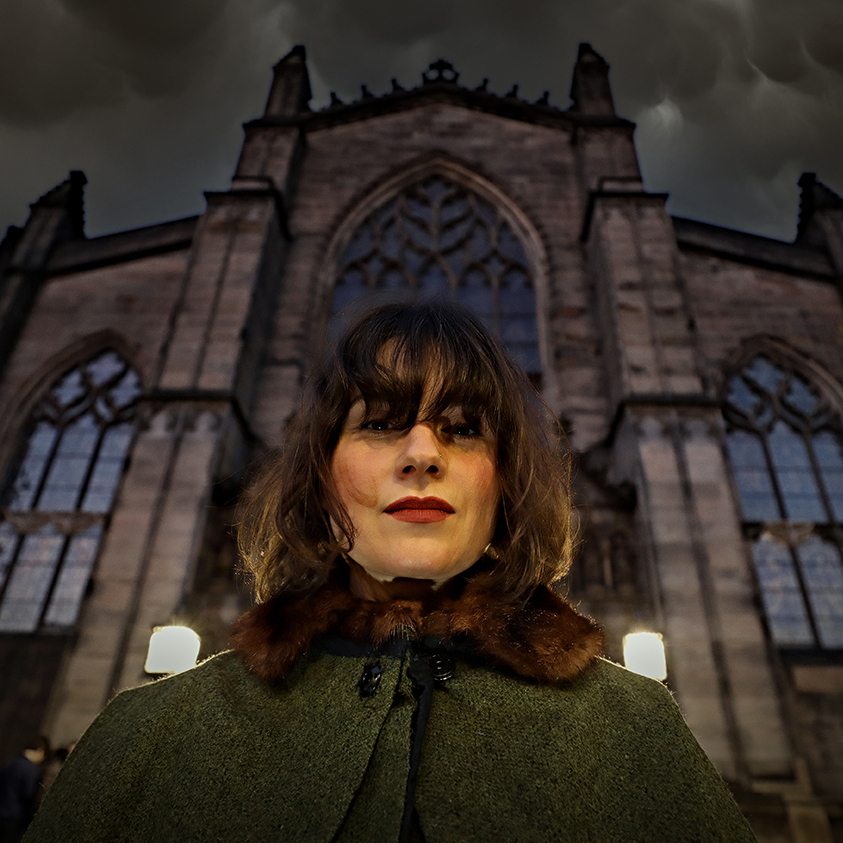 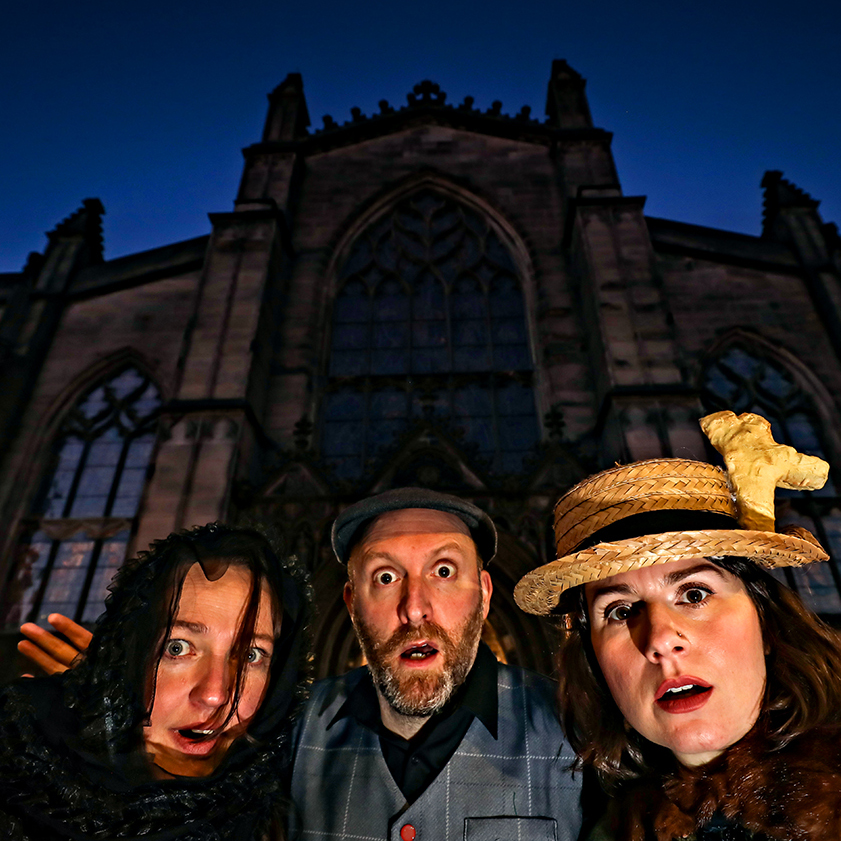